EVERYTHING UNDER THE SUN

This week Dean DeVore welcomes Liz Bentley, Chief Executive of the Royal Meteorological Society and AccuWeather's Evan Myers to discuss one of the most important weather forecasts in world history.

In early June 1944, Allied meteorologists prepared to deliver the final word for the long-awaited D-Day invasion of Normandy. From the AccuWeather.com archives the reporting goes that thousands of lives and the tide of the war depended entirely on teams of Allied meteorologists who determined what constituted suitable weather conditions for the invasion in a small-time window. Years of preparation were at stake, but on June 4, hours before the launch of D-Day operations amid an approaching storm, British Group Captain James Stagg urged General Eisenhower for a last-minute delay. Following Stagg’s advice and the other British forecasters’, Eisenhower postponed the invasion. With a more accurate forecast, Eisenhower would commence the D-Day operations on Tuesday, June 6, 1944 the largest amphibious landing force ever assembled landed on the beaches of Normandy.

Plus, Professor Bentley will give us an update on the Royal Meteorological Society's annual 'Weather Photographer of the Year' contest: https://www.rmets.org/weather-photographer-year-2022 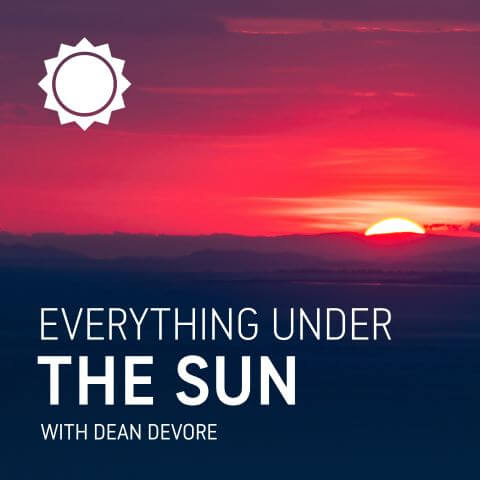 Everything Under the Sun

Keeping cool in the summer heat

Rise of ticks this summer

What factors cause shark migration?

Risk of a lightning-related incidents at Major League Baseball...

Is Daylight Saving Time Bad for Your Health?

Astronomy update and big spiders are about to invade the East ...

Impact of Weather Events on Inflation

Spring Forecast/Protecting your home from the weather

Being prepared and understanding the forecast this winter

COVID and Flu Season - Everything you need to know

Best ways to prepare for outdoor exercise during winter

Fall allergies in full force across parts of US

So you want to be a Meteorologist?

How driving has changed during COVID-19

Blackouts are increasing due to severe weather

Hitting the road for a vacation?

AccuWeather couple gets engaged in front of a tornado

A return to the garden and summer pests

A return to the great American vacation

Trillions of cicadas set to emerge in US

Does wearing a mask lessen the blow of springtime allergy symp...

COVID and the weather, one year later

What is "Percentage of Precipitation"?

Collapse of the Arecibo telescope/2021's most intriguing astro...

Stratospheric warming and the polar vortex

Evolution of Communicating the Modern Forecast

Preparing your home for the winter

Winter weather and the holidays impact on your mental health

Protecting your pets this Fall and Winter

What's it like to be a public address announcer when there are...

Weatherproofing your garden and vehicle this Fall

What impact is weather having on wildlife?

The Importance of Hurricane Preparedness

Dose of Sunshine with Dr. E/'Weather Photographer of the Year'...

AccuWeather's fall forecast: When will autumn arrive in the US...

Still reeling from COVID-19, NYC punched by Isaias needs some ...

Isaias Update and the Impact of COVID-19 on Sports

Comet NEOWISE: When and Where to Look

Lightning safety with "Dr. Lightning" John Jensenius and the f...

Mosquito Season Forecast/Coping with the rising number of COV...

Summer Forecast Update and a Trip to AccuWeather's Summer Camp

Summer Stargazing and Weather Photographer of the Year

Hurricane Season is officially underway! What's in store for 2...

Impact of COVID-19 on weather observations and forecasts

How TV Meteorology has changed during COVID-19

How to bring the outdoors into your home

Has air quality been affected due to COVID-19?

Is six feet of separation enough for most social circumstances...

How different areas of the country are dealing with COVID-19

COVID-19 and its impacts on mental health

Will Weather have an impact on the Coronavirus?

The Peshtigo Fire and Firefighting

The Impact of Hurricane Dorian on the Bahamas with Jonathan Pe...

Weather 101: So You Want to be a Meteorologist?

The History of the Salton Sea

The Link Between Rising Water Temperatures and Bacterial Infec...

The 50th Anniversary of Apollo 11

IRONMAN triathlon - How does weather impact each event and the...

Puerto Rico: The Art of Recovery

What impact did weather have on the sinking of the Titanic?

How safe are you from the weather at outdoor events?

Blizzard of 1993: A lookback at the "Storm of the Century"

51 Years in Weather: How Elliot Abrams became a pioneer in met...

How Evelyn Fields became a pioneer in science and the military

Avalanche! - Life and Death on the Mountains

How much longer will Winter last? – Winter Forecast Update

Winter Wellness: the Affects of Winter on Mental and Physical ...

Blizzard of 1996: A Reflection on Technology and Stamina

Weather’s Impact on Christmases Past and Present

Weather’s Impact on the Attack on Pearl Harbor

In the path of Hurricane Michael

2018 Winter Outlook and the Impact of Weather on the MLB Posts...

The Future is Now – Smart Technology and Weather

When the Siren Went Silent – the story of Joplin, MO

The Great Chicago Fire of 1871

Forensic Meteorology and the aftermath of Hurricane Katrina

Weather Accuracy In The Movies 2

Dust Storms Past and Present

Weather Accuracy In The Movies

Listen to our other podcasts 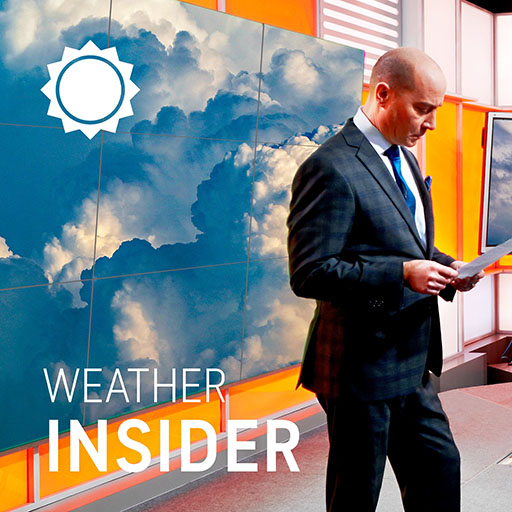 Stay informed with Bernie Rayno as he explains weather terms and report on breaking weather news in less than 15 minutes. 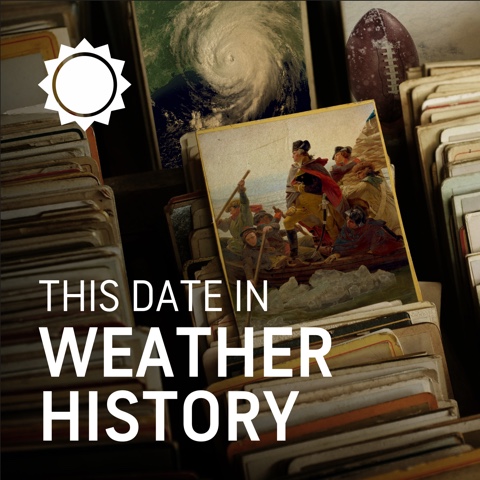 This Date in Weather History

Every day AccuWeather's Meteorologist, Evan Myers, takes a look back on weather events that impacted this date.

Listen on your favorite platform

How to listen to podcasts on your smart speakers

To access the AccuWeather Daily podcast on Alexa, just say to your device, "Alexa, enable accuweather daily" and then, "Alexa, what's my flash briefing?"